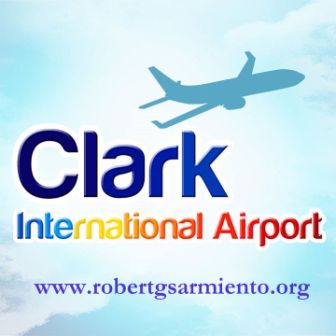 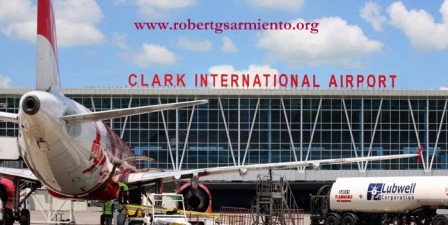 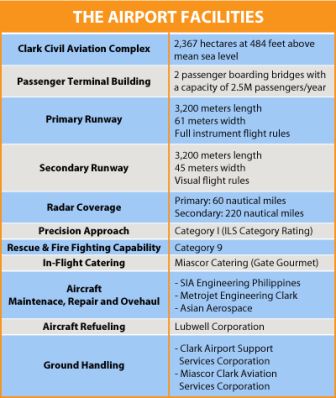 Here’a an article and detailed description of Clark International Airport taken from Wikimapia.  I am blogging this in order to inform the general public of the advantages this facility could provide in easing up both airline and traffic congestion is Metro Manila.

Recently I showed an industrial property in Bulacan just off NLEX and was surprised to find out how much development has been going on in the North ( however, due to regulatory issues, the project is a year delayed, view the article of Miguel Camus at http://business.inquirer.net/181338/mptc-wants-jv-with-govt-in-connector-road-plan).  Prices have also appreciated as investors and developers have been landbanking in anticipation of upcoming developments.   We have also seen quite a number of companies relocating their warehouse / factory operations away from Metro Manila particularly in the Malabon, Caloocan and Valenzuela area due to flooding issues.

In addition to the advantages Clark International Airport could provide us, check out the flight rates the airline companies offer.  You will be amazed with some amazing airfare deals some Airlines offer  ( heard Cebu Pacific offered Php 7000 round trip to Japan, correct me if i am wrong ).

With all the developments going on in the North, think most of us are unaware ( Ayala recently announced their Php 75B development at Porac, Pampanga called the Alviera ), we could finally say that Northern Luzon is definitely worth looking into.

Clark International Airport (Filipino: Paliparang Pandaigdig ng Clark; Kapampangan: Pangyatung Sulapawan ning Clark), formerly named as Diosdado Macapagal International Airport (IATA: CRK, ICAO: RPLC), an airport that serves as an alternate international gateway to the Philippines located within the Clark Freeport Zone serving the general area of Angeles City in the Philippines, was about 43.2 NM (80.0 km; 49.7 mi)[13]northwest of Manila. The airport is surrounded by the cities of Angeles and Mabalacat; and conveniently reached by Subic-Clark-Tarlac Expressway which is linked into North Luzon Expressway.

Clark serves the general vicinity of Greater Manila Area, along with the northern regions of Luzon. It is currently a hub for Cebu Pacific and Tigerair Philippines. The airport mainly serves low-cost carriers. The name is derived from the former American Clark Air Force Base which was the largest overseas base of the United States Air Force until it was closed in 1991 and handed over to the Government of the Philippines.

The airport is managed and operated by Clark International Airport Corporation (CIAC), a government-owned enterprise; and the southern part of the facility is utilized by the Philippine Air Force as Clark Air Base.

For information on the history of Clark Airport prior to the explosion of Mount Pinatubo in 1991 and the departure of U.S. forces from the Philippines, see Clark Air Base.

Views of the departure hall of the Diosdado Macapagal Terminal

The $3 million (PH?130 million) current expanded Terminal 1, designed to accommodate at least one million to two million passengers annually, was inaugurated by President Arroyo on April 2008 to serve the growing passenger volume due to the entry of foreign and local budget carriers at the airport. Completed in April 2010, the $12 million (PH?550 million) expansion added a second storey, arrival and departure lounges, and two aerobridges to the terminal building. The expansion will boost Clark’s capacity to five million from two million.   Once Terminal 2 is completed, Terminal 1 will take over all domestic routes.

The future international gateway for the country is currently being built at Clark International Airport. It is planned to become one of the world’s biggest in terms of terminal size and land area. A high speed railway system will be built to connect the new airport to Metro Manila. Officially, Ninoy Aquino International Airport (NAIA) is the only airport serving the Manila area. However, in practice, both NAIA and Clark International Airport(CRK) serve the Capital and surrounding cities, with CRK catering mostly to low-cost carriers that avail themselves of the lower landing fees than those charged at NAIA.

The Terminal 2 of Clark comes in two phases. It will be dedicated to international traffic.  It has a total floor area of 35,000 square meters and a 7 million-passenger capacity per year.  Total investment for this phase is estimated at US$150 million (PH?6.75 billion).  It includes the expansion of the eastern runway to 4000 meters.,  a new runway, a new cargo terminal complex, and a new control tower.

On Dec. 16, 2013 it was announced that the Philippines and France are set to sign a memorandum of agreement for the plan and design of the budget terminal which is expected to be completed in the second quarter of 2016. The terminal will be designed by Aéroports de Paris and it would have a capacity of 15 million passengers per year.

Terminal 3 is expected to make DMIA handle 80 million passengers a year.  When completed, Clark Airport will have:

Clark Airport currently has two 3,200-meter parallel runways, one of which will be extended to 4,000 meters to accommodate new generation wide-bodied aircraft. The runways’ descriptions include:

The Clark International Airport is being pushed to become the Philippine‘s first aerotropolis  with businesses and industries relocating to the former American airfield complex. The Clark complex used to be the hub of DHL and FedEx cargo until both relocated to China.

Philippine Airlines Airbus A330 at the airport.

The Subic-Clark-Tarlac Expressway (SCTEx) provides access through the airport, with two exits: Clark North and Clark South interchange, where the latter leads directly to Clark. Passengers with connecting flights at Ninoy Aquino International Airport in Metro Manila can take North Luzon Expressway which is linked via SCTEx, then passing through Epifanio de los Santos Avenue, Roxas Boulevard and finally onto NAIA Road. The future corridor between NAIA and Clark International Airport is the Metro Manila Skyway Stage 3 from NLEx to SLEx and NAIA Expressway from Skyway and SLEx to NAIA Terminals. The target completion of the NLEx-SLEx elevated expressway link project will be on 2016.

Park and ride services are provided within the airport as well.

Regular bus services going directly to Metro Manila are served by Partas and Philtranco; although not operating after midnight hours. By 15 January 2013, there’ll be a newly constructed lounge in TriNoma Mall that will operate 24 hours a day and will be initially offered by Genesis, Five Star, Philtranco, and Victory Liner.[33] Bus services exclusively for AirAsia and AirAsia Philippines passengers can use the free service which is operated by Victory Liner to Marquee Mall and Dau bus terminal, on certain times.[34][35]

Clark is also served by airconditioned jeepneys en route to nearby Dau bus terminal and SM City Clark. Most buses running to the northern provinces of Luzon and back to Metro Manila include a stopover at Dau bus terminal.

Take note it is Foreign Direct Investment that will provide employment to the masses.  The Business Process Outsourcing and OFW Remittances doesn’t trickle down to the poverty level which continues to be a major problem of our country. All it does is increase consumer spending that’s why you see malls being built and foreign brand names coming to the country.

However, on the brighter side of things, FDIs have been slowly rising and President Pnoy has generally done a good job but  much has to be done in addressing issues on corruption, power shortages, and  infrastructure, to name a few, in order to sustain continuous growth of our economy !

Subscribe to my daily postings at www.robertgsarmiento.org by sending an email to [email protected] and write SUBSCRIBE on the subject.